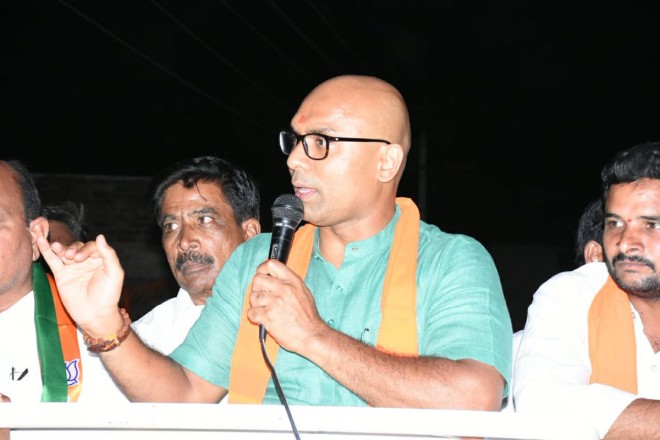 Making an unusual request, Bharatiya Janata Party (BJP) candidate from Telangana's Nizamabad Lok Sabha constituency on Monday sought the Election Commission (EC)'s permission to also put his lock on the strong room where EVMs and VVPATs used to conduct elections during the first phase are stored.

Arvind Dharmapuri wrote to the Returning Officer of the constituency which went to polls on April 11 and created a record with use of 12 electronic voting machines (EVMs) in each polling booth to accommodate 185 candidates, plus NOTA.

"I, Dharmapuri Arvind, BJP contestant from Nizamabad Parliamentary Constituency in the recently held General Elections to the Lok Sabha, request you to allow me to put my lock also to the strong room in which EVMs and VVPATs (voter-verified paper audit trail) used during General Elections to the House of People (Lok Sabha)-2019 are stored," he wrote in the letter.

As many as 178 farmers entered the fray in the Nizamabad constituency to highlight their problems including lack of remunerative prices for their produce. Telangana Chief Minister and Telangana Rashtra Samithi (TRS) President K. Chandrashekhar Rao's daughter K. Kavitha is seeking re-election from Nizamabad.