A boat overturned in Vishakhapatnam 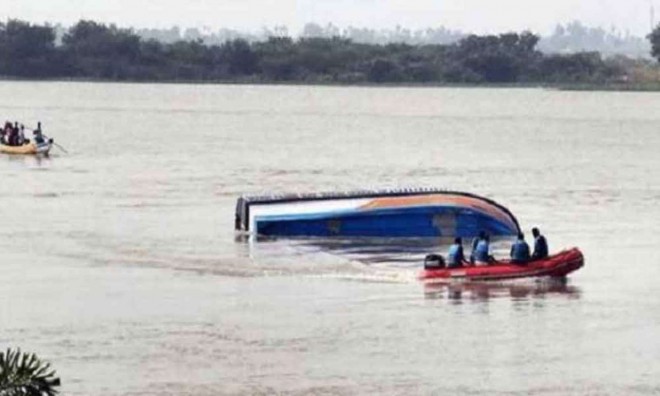 A child drowned and at least eight people went missing after a boat capsized in Sileru River in Vishakapatnam's Chitrakonda Police station limits along the Odisha- Andhra Pradesh border in the early hours of Tuesday.

According to BV Krishna Rao, Superintendent of Police (SP), Visakhapatnam, 11 migrant workers from Hyderabad had on the intervening night of Monday and Tuesday embarked for Odisha in a boat.

"Eight migrant workers are missing and one body of a child recovered after a boat capsized. Three people managed to swin to the shore safely. The incident happened in the early morning on Tuesday. The people were headed to their native village in Odisha from Hyderabad after the Telangana government imposed a strict lockdown in the state," said the SP.

Rao added that search and rescue operations are underway and rescue teams from both Odisha and Andhra Pradesh are searching for the missing people.