What is gothram? here are the details 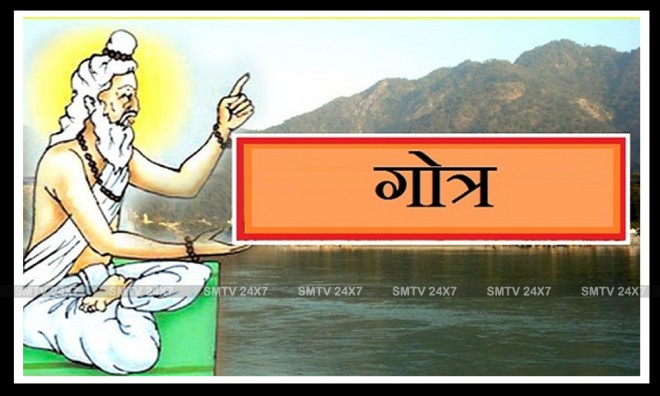 According to science
Our ancestors
How about the gotra method
Take note of the arrangement.
Are you sitting in pooja
Do you know why every time, a priest asks about your tribe?
Because you don't know, you think you will do it??
The science behind the gotram is nothing else -
* gene-mapping * is very popular these days
It is the modern science that has been obtained!
What is gotram system?
Why do we have this system?
Why do we think this is so important for marriages?
Why do sons inherit this tribe and why not daughters?
How / why should the daughter's gothram change after marriage?
What is the logic?
This is an amazing genetics we follow.
Behind our tribe system
Let's see how the genetics system works!
The word Gotram is derived from two Sanskrit words.
First word ' Gau '-means cow, second word ' Trahi ' means Kottam
Gotram means ' cow s'.
Biologically, there are 23 pairs of chromosomes in the human body,
Sex chromosomes in these
There's a pair called (one from father and one from mother).
It determines the gender of the person (result cell).
The result of pregnancy is the cell XX chromosomes and the same XY is the boy.
In XY - from the mother of X
And Y takes it from the father.
This Y is special and
It won't meet in X.
So in XY, Y suppresses X, so son Y gets chromosomes.
This only goes between the male clan. (From father to son and grandson to great grandson... just like that..).
Women will never get the Y. So Y plays a key role in genetics in identifying genealogy. Women will never get the Y so a woman's tribe belongs to her husband. Thus his daughter's gothram will change after marriage.
Marriages between the same tribe increase the risk of genetic disorders...
According to the tribe, infected Y chromosomes should not be the same
Because it activates defective result cells.....
If this continues, it will reduce the size and strength of the Y chromosome which is crucial to the creation of men..... in some cases, it will destroy.
If there is no Y chromosome in this world, the brain would be extinct.
So the gotra system is genetic
Self-tribe is one method that tries to prevent defects and protect the Y chromosome. That's why marriage between the family is banned...
Amazing biology tribe created by our great people. This is what it is
It can be said without a doubt that it is our Indian heritage wealth..
Our sages sorted _ ?? GENE MAPPING ?? _ thousands of years ago.
That's why this time if someone says that they are gothrami, don't hit and throw them away...... Tell them along with Pravara.