Give a big mandate to the TRS again: KTR 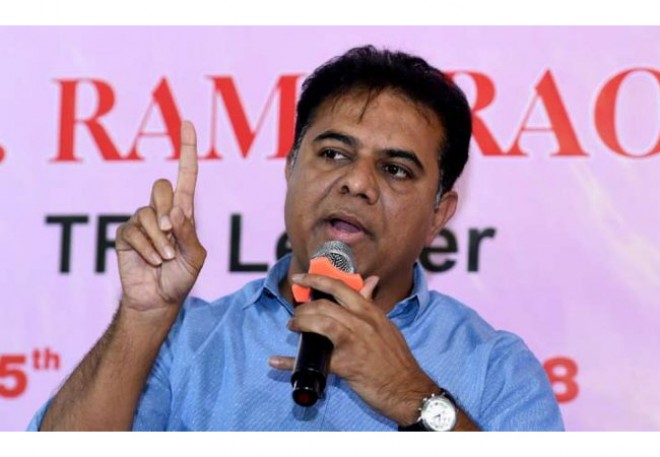 In this regard, KTR participated in the TRS preparatory meeting of the Chevella Lok Sabha constituency, yesterday.

He lambasted Prime Minister Narendra Modi of failing to give even 24 paise to Telangana State for the development of the State after bifurcation during the last five years.

KTR said at the meeting at Hyderabad, "TS government made several pleas to the Union government for funds to complete the Mission Kakatiya and Mission Bhagirtha schemes launched to supply drinking water to all households and also the revival of local water bodies. Recognizing the TS government's efforts, the highest decision-making body in the country, NITI Ayog, recommended to the Centre that special grants be given for the two projects three years ago. Not a single rupee was released to Telangana State till date."

"If the TRS wins 16 seats, the party would play a key role in case a coalition government is formed at the centre," he stresses.

"I am confident of getting more than Rs 1 lakh crore as grants from the Centre once the TRS emerged a strong force by winning 16 seats in the upcoming Lok Sabha elections," he added.

"Give a big mandate to the TRS again and throw away the BJP and Congress in the general elections. BJP and Congress would mortgage the interests of Telangana State if the two parties are voted", warned KTR.