TRS in many countries 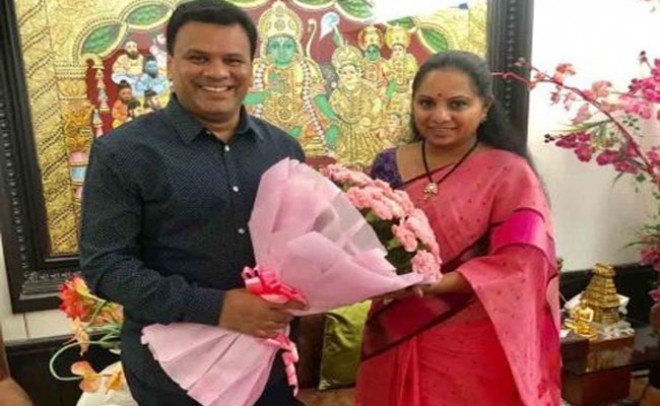 Hyderabad, March 6: Telangana Rashtra Samithi(TRS) incharge of NRI affairs, MP, Kalvakuntla Kavitha has discussed with NRI director Mahesh Beegala about the plans to set up branches of the party in 100 countries before the plenary sessions.

On Tuesday Mahesh met Kavitha to discuss about the probabilities of establishing new branches, operations and other stuff. In the recent days Canada wing of TRS party was launched and she had directed to complete the above mentioned task before formation day of TRS party i.e., April 27th.

Kavitha stated, "KCR's governance and schemes are getting popular all over the country and the state is being the role model to the nation. Accordingly TRS party is planning to spread its wings internationally, fly the pink flag high and also strengthen the party across the globe."