6 bridges in Varanasi have been closed 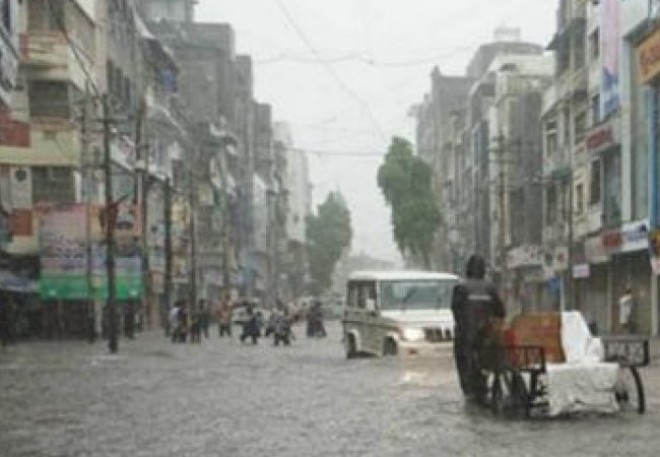 Rains have wreaked havoc and there are many states that are battling it. In Gujarat, rains in Vadodara on Wednesday also severely affected normal life of the common people. Vadodara recorded 18 inches of rain in a few hours and for this reason the roads have been flooded. Meanwhile, vehicles of people have been stranded on the roads due to the waterlogging and 6 bridges in the city have been closed.

DM has ordered the closure of all government, private and VMC schools and the administration has started a 24-hour active emergency control room to deal with emergencies. The Vishwamitra river, which passes through Vadodara in the past 7 hours due to 18 inches of rain, is flowing above its danger mark. At the same time, rainwater entered the society and low line areas yesterday and the government has instructed people not to stay at home and not to leave.

On the other hand, all government and non-government schools in Vadodara have been declared holiday and Chief Minister Vijay Rupani held a high-level meeting in this regard on Wednesday. Meanwhile, Chief Minister Rupani ordered 2 IAS officers to be in constant touch with the local administration and direct them. At the same time, the Chief Minister has urged people living in low lying areas to move to safer places.