I don't feel I am ignored: Roja 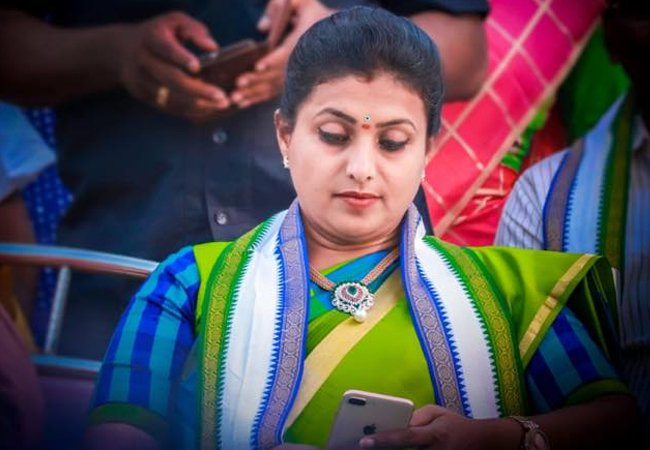 AP firebrand leader and YSRCP MLA Roja was left in shock after her name went missing in YS Jagan's 25 ministers cabinet. Roja went missing on the day when the ministers took oath and she was angry for being ignored. Soon all the media channels reported that Roja ignored YS Jagan and is not in a mood to attend the party meetings in Amaravati. There are also talks that YS Jagan personally called up Roja's husband Selvamani asking him to come with Roja to Amaravati.

Roja today was spotted in Gannavaram airport and when asked Roja responded that she is not unhappy for not given Minister position in YS Jagan's cabinet. "I don't feel I am ignored. The ministers are picked up as per the castes and hence I did not get a chance. I am not interested in any nominated position. I will be with YSRCP and will serve the party. I am here to attend the Assembly sessions of Andhra Pradesh and will meet YS Jagan" said Roja.