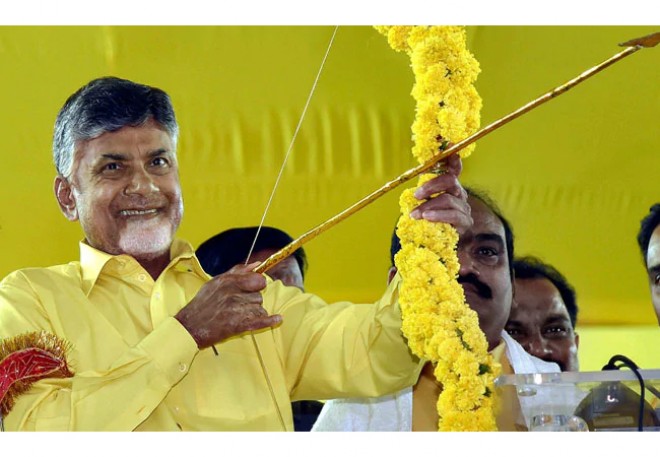 "Our party leaders should stay cautious till the counting is complete. We are fighting against a fraud party like YSRCP. My new survey report is indicating that TDP will win 110 MLA seats in the assembly elections," he said.

A while ago, Chandrababu used to say that his party will win not less than 130 MLA seats. But the number has gone down now for reasons best known to CBN.

It is said that Eenadu officials and Lagadapati Rajagopal recently conveyed their private survey results to Chandrababu.