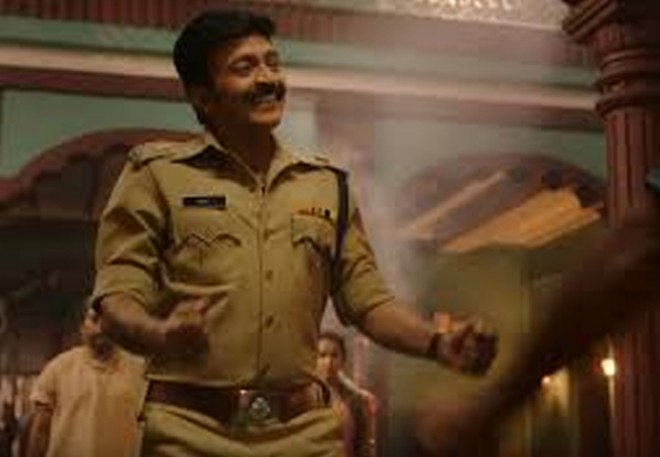 Long ago, Powerstar Pawan Kalyan had a punch for veteran actor Rajasekhar in his film Gabbar Singh. He imitated the dance moves of Rajasekhar and Pawan even made fun of his voice. Now Rajasekhar after a long gap seems to have taken a dig on Pawan Kalyan with his next film Kalki. The theatrical trailer of Kalki is out and it is packed with loads of action. The trailer sounds interesting and promises to be high on action and thrilling drama.

Rajasekhar satires Pawan Kalyan with his words 'Em cheptiri.. Em cheptiri' which is hilarious. Rajasekhar looks fit and perfect enough as a ruthless cop. Kalki has a bunch of actors playing crucial roles. Adah Sharma, Nanditha Swetha, Poojitha Ponnada, Scarlett Mellish Wilson will be seen in other crucial roles. C Kalyan and Jeevitha Rajasekhar are the producers. The makers are in plans to release Kalki during July this year.