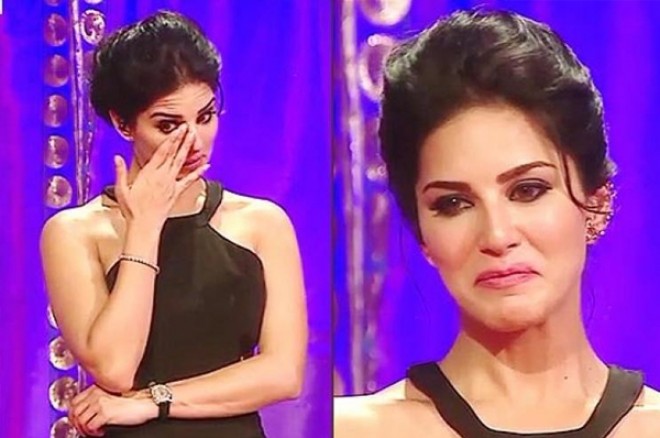 Mumbai, Mar 11: Some of the users in Social Media attacks and defames with their insensitive comments. Without having the knowledge of how the feelings of the people will get damaged, they repeat their acts. Seems like social media is also to be censored. Celebrities were their major targets as they comment them rudely and tend to cross limits with dirty comments too. Recently, Bollywood star Sunny Leone left in tears with these comments.

Salman's brother and Bollywood producer Arbaaz Khan spoke about this issue in a show. Sunny recently attended this show titled 'Pinch', which Arbaaz was hosting. This program's main plot runs on the questions that were asked on social media and their rude comments. As a part of this, Arbaaz raised about a degrading and cheap comment made by a user to her. Listening to it, Sunny was into tears and cried. Arbaaz tried his best to cheer her up.