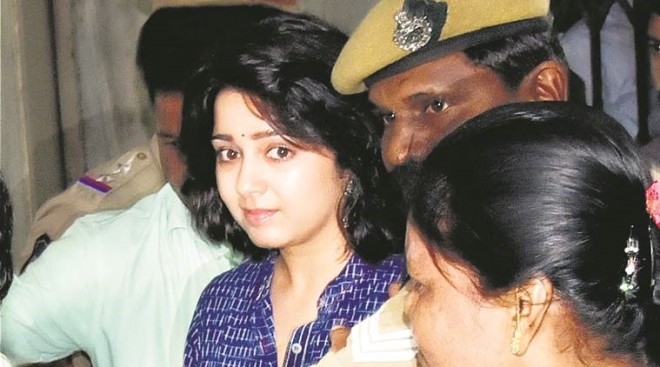 Hyderabad, Mar 04: As the demand getting declined in the Industry most of the heroines do get into married life after which they turn-t-be homemakers. Quite a few have turned character artists recently. But Charmme Kaur is the only actress who turned producer.

After 'Mehbooba' Charmme went ahead with her second and third projects 'iSmart Shankar' and 'Romantic.' Currently, the shooting of these films is progressing in Goa. Charmme is completely taking care of the production, sales, business, marketing and all other activities of these two films happening simultaneously.

This is making her work 18 hours a day and having a light sleep of just few hours. That's the amount of efforts she is putting in and passion she has for her films. These days it is very hard to produce one film at a time. But Charmme is bankrolling two films simultaneously and is leading like an example for other heroines who also want to step into film production. Hope Charmme gets the much deserving success with both the films.