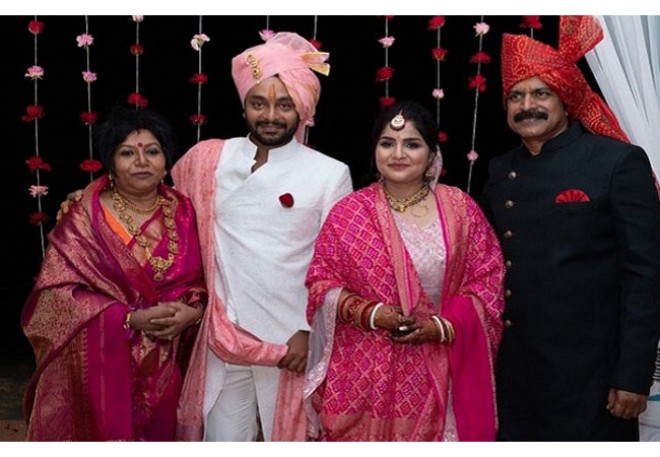 The wedding was a low-key affair with only two actors Varun Tej and Sai Dharam Tej attended as they are close to Sanjay. The marriage held at Planet Hollywood, Goa. On the work front, Sanjay is all set to make his film debut soon with his film is about to complete the shoot.