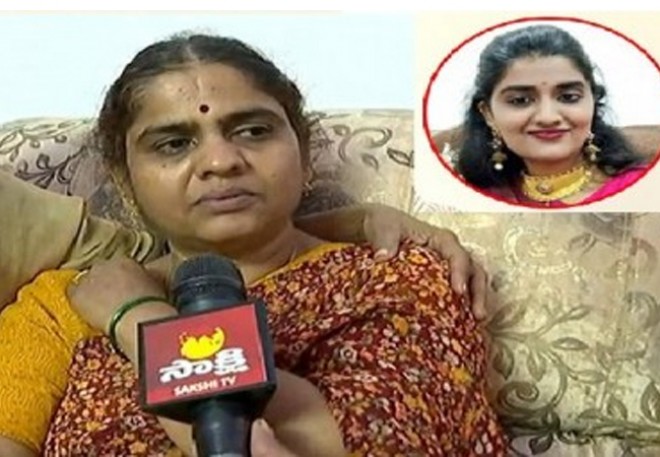 The police have cracked down the death of the 26-year-old veterinarian Priyanka Reddy within 24 hours. They have arrested four and the prime suspect being the lorry driver Mohammed Pasha. However, the veterinarian parents have expressed dissatisfaction for the Cyberabad police personnel accusing them of not responding to their grievance call properly.

The victim's father said though they approached the police around 11 p.m. on Wednesday, they wasted a lot of time over jurisdiction issue and asking various questions. He said some constables were sent only at 3 a.m. The parents also found fault with the police for asking them inappropriate questions about their daughter like whether she had any affair. Priyanka was gang-raped and killed near Outer Ring Road (ORR) at Shamshabad on the outskirts of Hyderabad on Wednesday night. Her charred body was found the next day near Shadnagar, about 25 km from ORR.

She had called her younger sister around 9.30 p.m. to inform her that her scooty's tyre was punctured and that someone had taken it for repair. She also said that she is scared as it was dark and there are truck drivers near her. The sister had advised her to come out on ORR and be at the nearby toll plaza. When the sister called her back after some time, her mobile was switched off. The victim's father said when they approached Shamshabad police station, he was informed that the area came under the jurisdiction of another police station. Later, police checked the CCTV footage, which showed Priyanka parking her two-wheeler near toll plaza before going to Gachibowli to visit a dermatologist. However, there was no footage of her return to the same place to pick up her vehicle.

"They told us that your daughter did not come here. They also asked me to contact the clinic where she had gone in the evening and check whether she had come there. It was already 11 p.m. and the clinic was closed," said the victim's father. It was only around 3 a.m. that some police constables went to Thondupally toll plaza along with the victim's family members but found nothing. The victim's sister said when she spoke to her, she did not realize that there is a danger to her. "She appeared normal though she also told me that she was scared. She wanted me to speak to her for some time," she said.