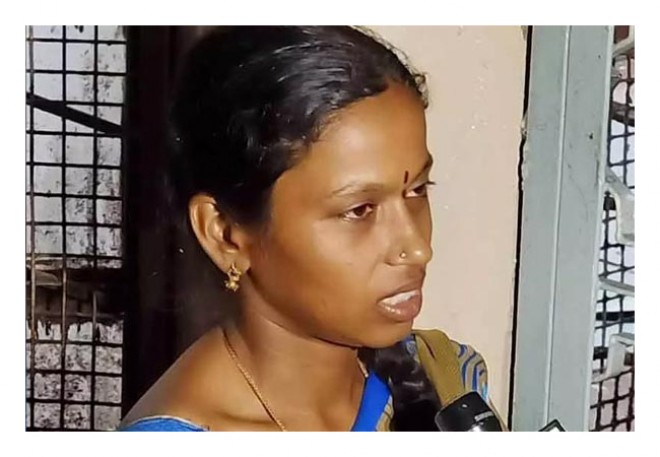 Tahsildar Vijaya Reddy murder incident was sensation in telugu states, where after this murder farmers started protesting against revenue officers.

Now at the death ceremony of Suresh , who burnt MRO Vijaya Reddy alive at her office chamber while she was having lunch. His wife Latha interacted with media and made some sensational comments.

She said he never had intention to kill her, nearly 9 lakhs he took loan to solve this land issue. Even suresh bribed Vijaya Reddy she said. Suresh went there only to warn her and to do suicide drama to scare her. But when it was word to word, Suresh was unable to control his temper and burnt her alive.

Driver who tried to save her also was died the very next day of her death. Suresh who has 60% burnt injuries also died.

Latha prayed at the end that no farmer should die like her husband.