Clear evidence that Lord Ram was born there : Gogoi 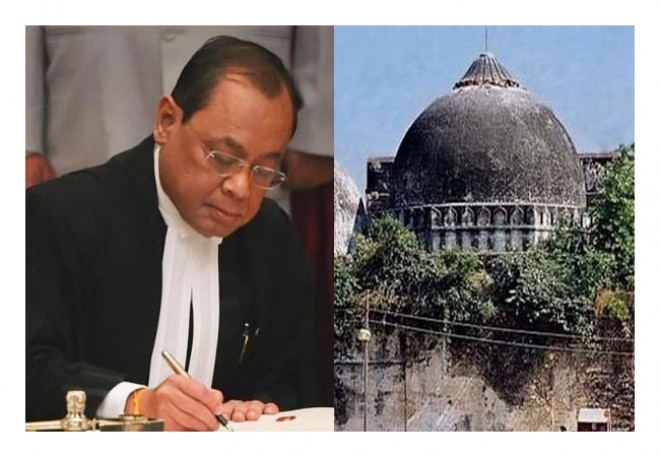 The 90 year old Rama Janmabhoomi dispute comes to an end. All clear to construct Ram mandir and alternate land of 5 acres will be given for unni Waqf Board construction of Mosque. Chief Justice of India Ranjan Gogoi said that there is clear evidence that Hindus’ believe Lord Ram was born at disputed site.

The judgement was unanimous by the five judge bench.

Babri Majid was not constructed on empty land.

Sunni Waqf board failed to show their possession.Demolition of Mosque is 1991 was a breach says supreme court.

A trust will be formed in 3months for construction of Ram Mandir.