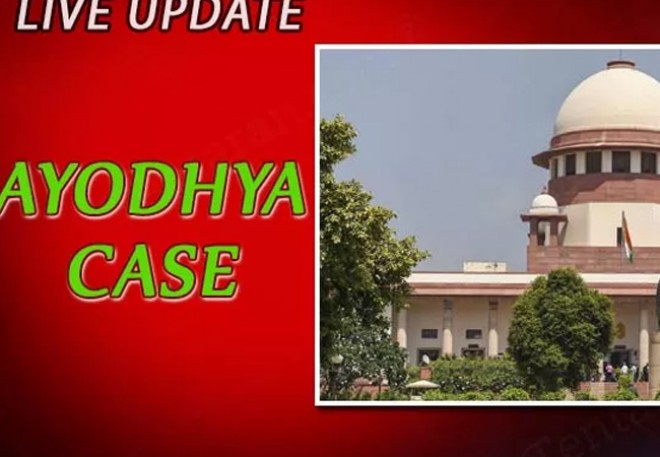 New Delhi: Ayodhya's Ram Janmabhoomi and Babri Masjid land dispute are among the oldest and disputed lawsuits in the country. The hearing on this case, which lasted for 40 days, was completed on Wednesday. The Supreme Court has reserved its verdict after hearing arguments from all the parties. A decision can be taken on the matter any day after Diwali. It is believed that a decision may come soon.

In the Ayodhya dispute case, the plaintiff Iqbal Ansari has announced that he will accept the Supreme Court verdict in the Ram Janmabhoomi-Babri Masjid title suit and will not file any petition challenging the verdict. Iqbal Ansari, whose father Hashim Ansari, who was the oldest litigant in the Babri Masjid case, said he is happy that the case is reaching its logical conclusion. For almost 70 years, Ayodhya has only seen politics on this matter, now it is expected that there will be some development here.

Iqbal Ansari said that he vowed to carry on the fight started by his father and he fulfilled his promise. My father died on July 2016. He was 95 years old. He worked as a tailor and then opened a bicycle repair shop. He was associated with the Babri title suit since 1949 and was also among those arrested for breaching public harmony when statues of Ram were installed in the mosque. Hashim Ansari was sentenced to two years in prison in 1952 for offering 'azaan' for the Namaz at the disputed site.