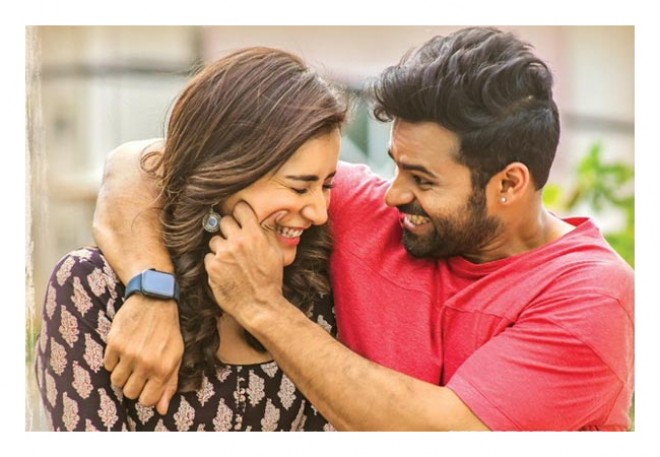 Mega Hero Sai Dharam Tej next is all set to release on December 20th. The team released a poster of Sai Dharam Tej and Raashi Khanna with a beautiful smile. Rao Ramesh and Sathyaraj will be seen in some prominent roles.

Prathi Roju Pandage is being produced by GA2 pictures. Bunny vaas is producing the film in association with Allu Aravind. Maruthi is directing the film and promised to be a full time entertainer as his last movies.