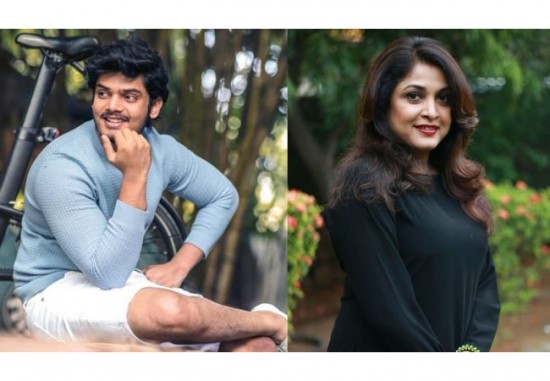 After impressing everyone with a powerful role in Rajamouli's Baahubali franchise, actress Ramya Krishnan is seen choosing some meaty role in films like Shailaja Reddy Alludu, Super Deluxe, Dev, etc. Now, the actress has signed to do a full-length role in Akash Puri's intense romantic entertainer Romantic. She will kick-start shooting her portions from today in Hyderabad. Directed by debutant Anil Paduri, the film has a story, screenplay, and dialogues penned by the dashing director Puri Jagannadh. Puri is also bankrolling the film under his home banner Puri Connects. Ketika Sharma is the lead lady of the film.