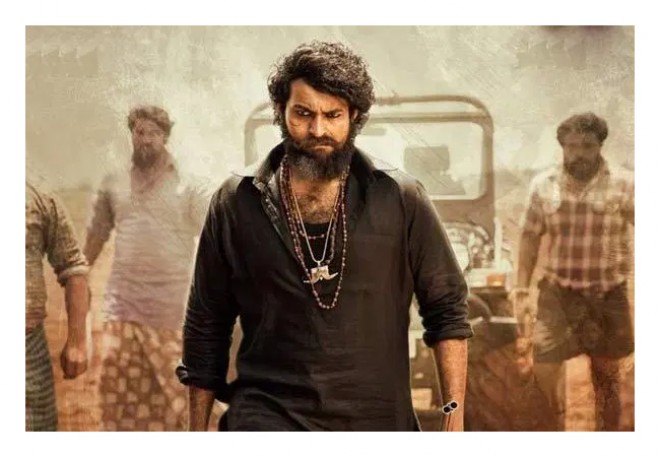 Varun tej is targeting mass audience for the first time after playing a boy-next-door roles in his previous films. Gaddhalakonda Ganesh is the remake of Tamil Blockbuster Jigarthanda. Pooja Hegde as female lead and Adharva Murali in other prominent role.Directed by Harish Shankar.will go check Gaddhalakonda Ganesh (valmiki) Review

Films Story : Abhi (Adharva Murali) an upcoming filmmaker want to do debut with a Gangstar biopic. In search of that he get through Gaddhalakonda Ganesh (Varun Tej). How Abhi will convience Ganesh and know his story and how he will the film is the story.

Is the Story, Cast and Crew turned out well?

Varun Tej Mass appeal was super mass. With one movie he jus wiped away his classy image. He is good as Flashback.

Director Harish shakar not in form , but still his decision to pick 100% mass story is intellectual decision. He might have tried coming out from Gabbar singh. (a+b)2 now like Gabbar singh Antakshari scene a bit drag still its fun filled. Pre climax is dragging. Harish shankar cut the length and make it more crisp.

Pooja Hegde justified her role and velluvachi Godavari amma song came out very well and stands out one of plus point for the movie. Pooja was mesmerising, she repraised Sridevi.

Adharva Murali is good. A struggling filmaker, searching for Gangster biopic , he was good with his natural expressions.

Overall the cast and crew turned out to be the plus points for the movie. No doubt Harish Shankar grabbed the success at that point itself.

Plus for the movie :

Run-time
Pre climax is dragging
At times screenplay
Verdict : 100% mass entertainer. If you are like mass movies, Just go away you will surely fall in love with Ganesh. If you are like classy movies just think to go.

Not a definite watch. But for Varun tej Mass Avatar sure we can take a chance.