Chinthamaneni Prabhakar is facing the heat. 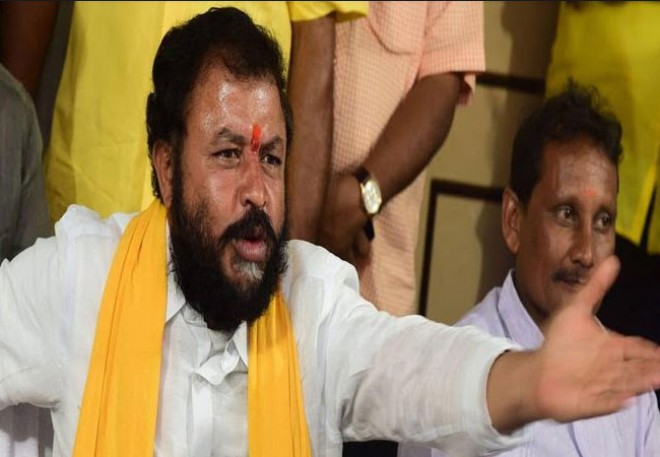 Telugu Desam Party Ex-MLA Kodela Sivaprasad Rao is in a legal mess after multiple cases were filed against him. He is accused of misusing assembly furniture, committing financial frauds, and taking bribes from the common public.

Cut to now, another TDP Ex-MLA Chinthamaneni Prabhakar is facing the heat.

An SC/ST atrocity case was filed against the TDP leader very recently and the police are searching for him. A person named Joseph filed this case.

Incidentally, Chinthamaneni is already involved in another SC/ST atrocity case after a person name Racheti John filed a case against him in the past.

Chinthamaneni is currently in hideout and the police are extensively searching for him. He is one of the firebrand leaders of the party and played a key role in 2014 election. But he faced a big defeat in 2019 election.