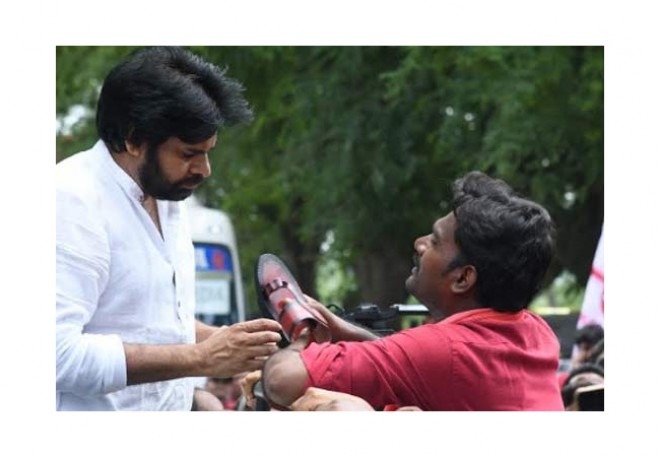 Janasenani Pawan Kalyan toured in Amaravati region yesterday. He met with farmers in the capital region and promised to add more pressure on the YCP government regarding the capital issue.

Interestingly, Pawan received a strange gift from one of his fans while he was taking part in Amaravati tour.

Incidentally, an ardent follower of Pawan gifted him a pair of sandals and requested him to use them during this tour.

To everyone's surprise, Pawan obliged immediately and wore these sandals. He was seen using them all through this tour and this sweet gesture from Pawan Kalyan is winning hearts on social media.

Pawan is said to have taken the 'capital shift' issue very seriously. He might hold a few agitations in the near future.