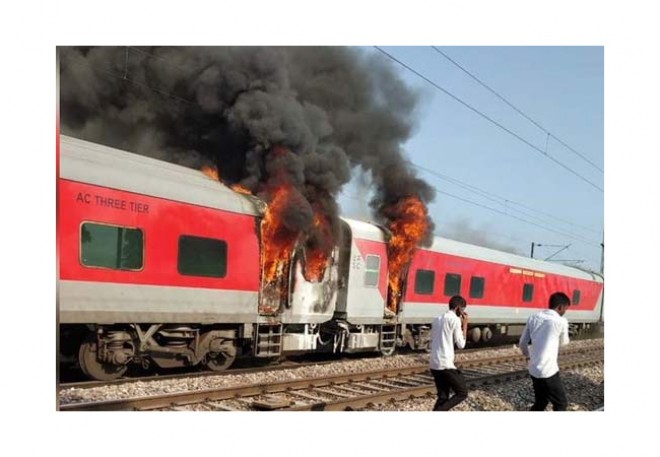 Here is the breaking news that, A major fire broke out in two coaches of the Hyderabad-New Delhi Telangana Express at a station in Haryana on Thursday, fire officials said. No injuries have been reported yet.

The blaze in the train was reported at the Asaoti station at around 7.43 a.m. in train no. 12723, following which several fire tenders were rushed, a senior railway official said.

The train had passed Asaoti station but it had to be stopped between Asaoti and Ballabgarh. Due to heavy smoke, movement on the track has also been stopped, the official added.

The fire broke out from the brake binding of the wheels of the 9th coach, the official said, adding that two coaches caught fire and both have been isolated now.

"All passengers were shifted to the front portion and the train departed at around 10.35 a.m. The services on the track have resumed," the officer said.