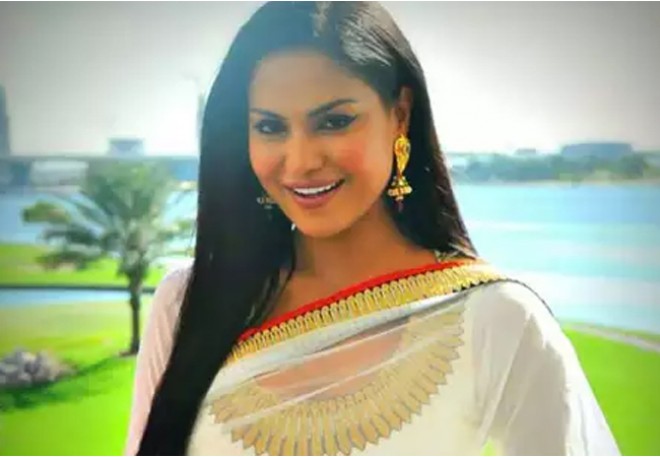 You all know that Triple Talaq bills have been passed in the Rajya Sabha yesterday. Yes, the Modi government in the country has already passed a provision to ban the practice of triple talaq of Muslim women in both Houses of Parliament last Tuesday. You can tell everyone that many people are now crying out for PM Modi when the bill is passed and everyone is happy.

It can now be said that Muslim women have received a sigh of relief from the bill and Veena Malik, who has been in the limelight for her statements on the day, has supported PM Modi on social media.

Yes, Veena Malik recently tweeted, "This is what I think about the triple-talaq bill passed in India. #ModiEndsTripleTalaq." You can see that it is clear that she is praising Modi's bill. Before all of you remember, Veena had termed Kulbhushan a spy and a terrorist in a tweet.

In the past, Veena Malik tweeted that "there should be no leniency for terrorist and killer Kulbhushan Jadhav, You sow it. So India's spies and terrorists should hang Kulbhushan Jadhav on the Wagah border to give an example." You all will know that Veena Malik had participated in the Indian TV show Big Boss and she came close to film actor Ashmit Patel while in this house but soon both were separated.