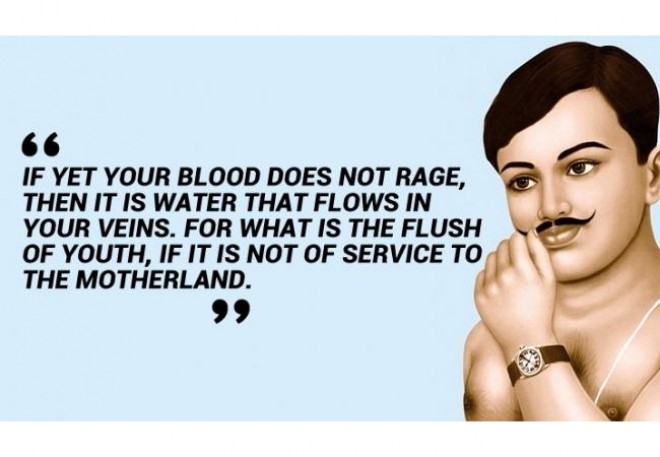 Today is Chandra Shekhar Azad's birthday, which has contributed significantly to the liberation of freedom. It was on this day that he was born and was determined to go to every extent to gain freedom. Because of his struggle, Chandrasekhar Azad is immortal today and today we are going to tell you some special things about him.

1. Gandhiji's sudden shutdown of the Non-Cooperation Movement changed his ideology and he became an active member of the Hindustan Republican Association by engaging in revolutionary activities.

2. You must know that Chandrasekhar joined Gandhiji's Non-Cooperation Movement in 1921 at the age of 14 and was arrested when the judge asked him his father's name, and Chandrasekhar replied, "The name of his father is freedom and address." Jail explained. It was from here Chandrasekhar Sitaram Tiwari's name was called Chandrasekhar Azad.

3. Once called by the police in Allahabad, they surrounded them and started firing and firing from both sides. Chandrasekhar Azad, on the other hand, had vowed in his life that he would never come to the hands of the police alive. So he had shot himself.

4. It is said that the park in which he passed away was renamed Chandrasekhar Azad Park in Allahabad after Independence and the village in Madhya Pradesh where he lived was renamed Dhimarpura.

5. It is said that Azad's early life was spent in the tribal area, so as a child, Azad used a bow-bow with Bhil boys, thus taking the knowledge of shooting as a child.