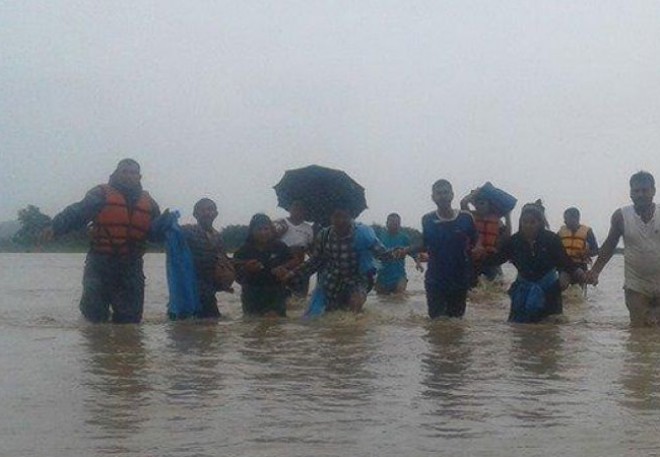 Kathmandu: In Nepal, normal life has been badly affected due to continuous rain for several days. The death toll due to floods and landslides has reached 43, while 24 people are reported missing and 20 people are seriously injured, who have been rushed to hospital for treatment.

According to police personnel posted at Koshi Barrage, the flow of water into the Saptakoshi river was recorded at 3.755 cusecs on Saturday evening due to torrential rains. A red light has also been lit to show the danger signal in view of the danger posed by the flow of water. The local administration has also issued an alert to the people and instructed them not to leave their homes. Several areas like Sunsari, Morang and Saptari are still in the grip of floods due to rain.

Many people have been left homeless due to damage to houses, who are now forced to seek shelter in local camps. Rescue teams are on alert and are trying to reach out to the people from time to time. Officials said a total of 43 people have been killed and 24 are still missing due to floods and landslides. 50 people have been evacuated from flood affected areas.