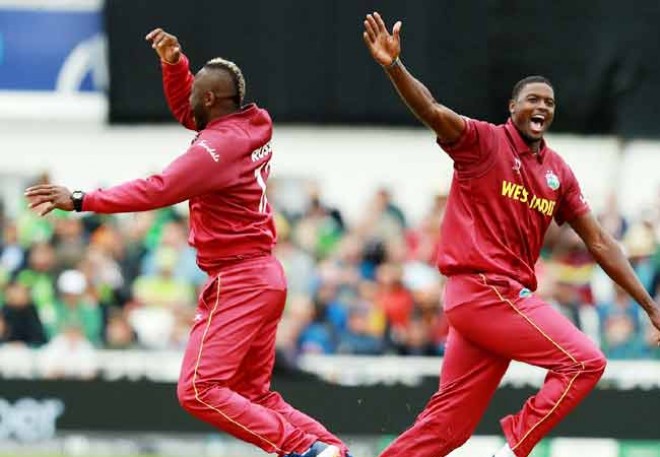 West Indies kicked-off its World Cup 2019 campaign on an impressive note after thrashing Pakistan by seven wickets at Trent Bridge, here on Friday. After bundling out the Green Brigade on a paltry 105 runs, the Carribean opener and self-proclaimed Universe Boss Chriss Gayle smashed a 34-ball half century while unbeaten Nicholas Pooran contributed with 19-ball 34 runs to ensure their side reach home safely.

Chasing the meagre target, Windies openers Gayle and Shai Hope (11 off 17) started on a cautious note, putting 32 runs in the first four overs. Just when the partnership looked developing, Mohammad Amir gave Pakistan some respite as he packed back Hope in the fifth over when the Windies were at 36 runs.

While Gayle continued to rotate the strike and kept the scoreboard ticking, Amir once again came with a breakthrough as he dismissed new comer Darren Bravo (0), leaving West Indies at 46/2.

Pooran and Gayle were then involved in a 31-run partnership, inching Windies closer towards the target however, Amir cut short the latter's stay in the 11th over. WIth West Indies needing another 29 runs for victory, Pooran and Shimron Hetmyer (7 not out off 8) denied the Green Brigade any further onslaughts as the duo comfortably steered West Indies to an easy win in 13.4 overs.