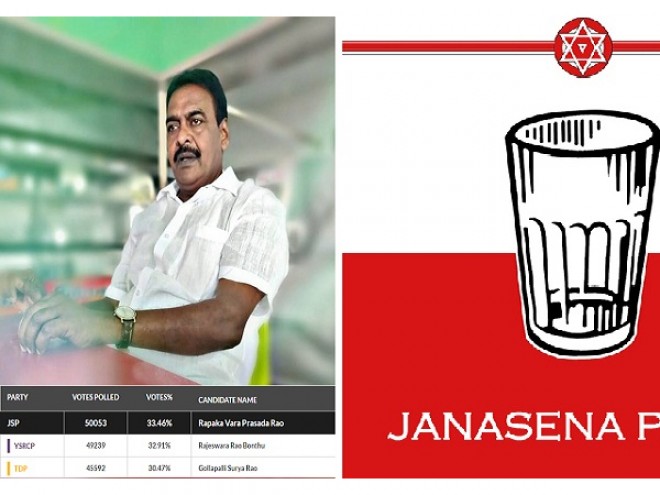 Rapaka Varaprasad is the only candidate to win from Janasena party in 2019 assembly elections. He won by a majority of 800+ votes from Razole constituency.

A few people expected Varaprasad to change his loyalties and join any other party.

When asked about it, Varaprasad said that he would be No. 152 in YCP, but he will be No. 1 in Janasena and he wishes to stay that way.

Varaprasad will be Janasena's voice in the assembly and the party followers are pinning all their hopes on him. His departure would mean a disaster and his party forces are well aware of the same.