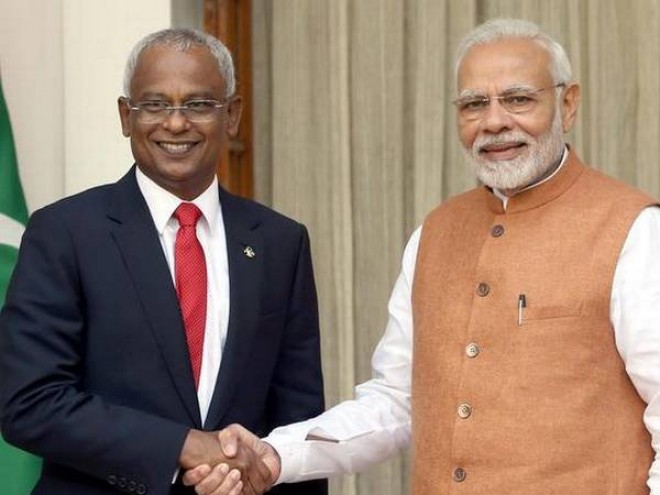 In his first visit abroad since being re-elected to office, Prime Minister Narendra Modi will travel to the Maldives on June 7 and 8 and address the Parliament, according to authorities in Male.

On Wednesday, the Maldivian Parliament or People's Majlis in its first session since newly elected legislators assumed charge voted to invite Mr. Modi to address the House. Foreign Minister Abdulla Shahid said in a tweet: "Maldives Parliament has unanimously passed a resolution to invite PM narendramodi to address a sitting of the house during his upcoming visit to the Maldives."