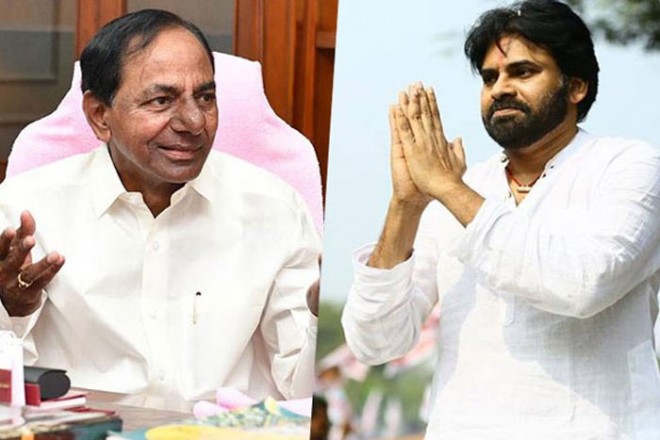 Hyderabad, Apr 25: Power Star Pawan Kalyan chief of Jana Sena who till recently heaped praises on Telangana CM KCR and his TRS government, this time fired on all cylinders.

It is known that the Telangana government headed by KCR is facing heat from all quarters over the goofups by the State Intermediate Board while declaring results. It is known that student community and parents are angry and more than 20 students ended their lives committing suicides.

Power Star Pawan Kalyan, breathed fire in a press statement saying......"TS Intermediate board threw the future of the students into a chaotic state. Don't play games with their lives. Pathetically, 17 students lost their lives post the results were announced. The government should take up the responsibility on this issue.

Students are suspecting the transparency in paper valuation and result declaration. Their doubts must be clarified. However, it is a sad state of affairs, the officials speaking rudely against the students and parents and we are condemning the attitude of the officials. Re-valuation and re-verification of answer scripts are done with free of cost".

He went on to add "Students shouldn't lose their hearts and shouldn't commit suicides. Janasena stands in support of them. The compensation should be announced to the kin of the deceased. Strict action should be taken on board's officials and the software company who indulged in results fiasco."