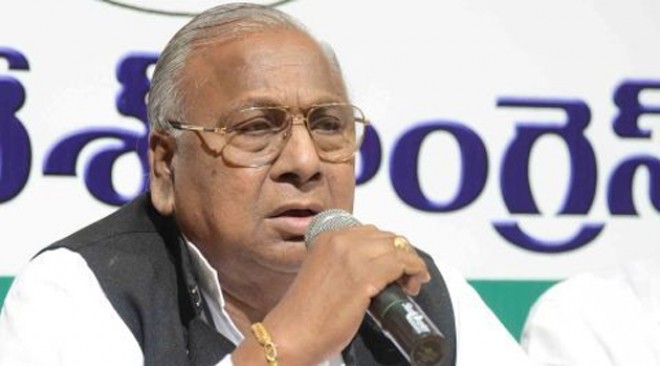 Hyderabad, Apr 25: Senior Congress leader V Hanumantha Rao today made sensational remarks against Chief Minister K Chandrashekhar Rao and his son TRS working president KTR. He demanded that the government file a criminal case under Section 302 IPC against the CM for causing the death of the 16 students.

Expressing his concern over the continuous suicides of the students, who have failed in the exams, Hanumantha Rao wanted to know from the Chief Minister as to why he remained mum on the criminal negligence of the officials of the Intermediate Board and the agitation of the students, their parents and other associations that rocked the capital city.

He demanded stern action against Globerena Technology Company for committing errors and causing deaths of the students. He also sarcastically said the Chief Minister had a lot of time for wooing MLAs from Opposition parties but not to solve the problem of the agitating Intermediate students and their parents.