TRS, YSRCP, Janasena will made to support BJP: Governor Narasimhan 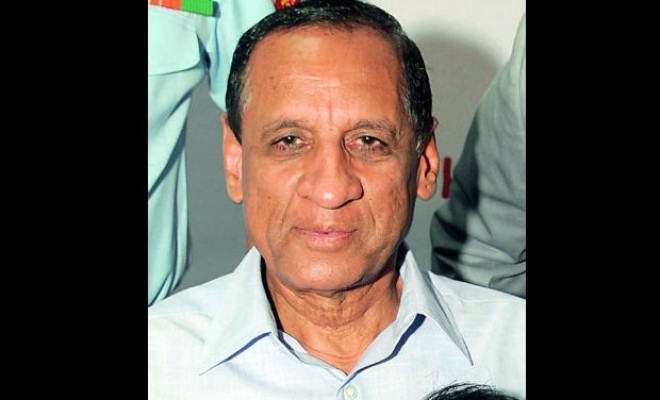 Hyderabad, Apr 22: This is the promise being given to Prime Minister Narendra Modi and BJP national president Amit Shah not by any politician. But this promise is being given by Governor of AP and Telangana ESL Narasimhan.

Narasimha already completed 12 years of service as Governor, the feat which was not possible for anyone. Though he was appointed as Governor for Chhattisgarh and AP by Congress-led UPA government, he secured two extensions even in the BJP-led NDA government.

Narasimhan's 'extraordinary lobbying skills' are said to be the reason for achieving this record. Now Narasimhan is known to be the 'close friend' of PM Modi and Amit Shah.

During his recent trip to Delhi, he met Modi and Amit Shah and learnt to have given them a 'firm assurance' that he will ensure Jana Sena, YSRCP and TRS in Telugu States support BJP to form the government after Lok Sabha results on May 23, in case BJP falls short of few seats to form the government.

Narasimhan's promise is said to be the reason for Modi and Amit Shah taking on TDP chief and AP CM N Chandrababu Naidu aggressively.

Narasimhan is reportedly in regular touch with Pawan Kalyan, Jagan and KCR after polls and taking all the steps to garner their support for BJP.

Narasimhan is confident at TRS, YSRCP and Jana Sena will together bag over 35 Lok Sabha seats, which will help BJP to form the government in case of a hung Lok Sabha. Narasimhan's tenure is set to expire in June this year.

He is making efforts to help BJP to form government at the Centre in May before his retirement and secure one more extension of five-years till 2024 as Governor of both Telangana and AP.