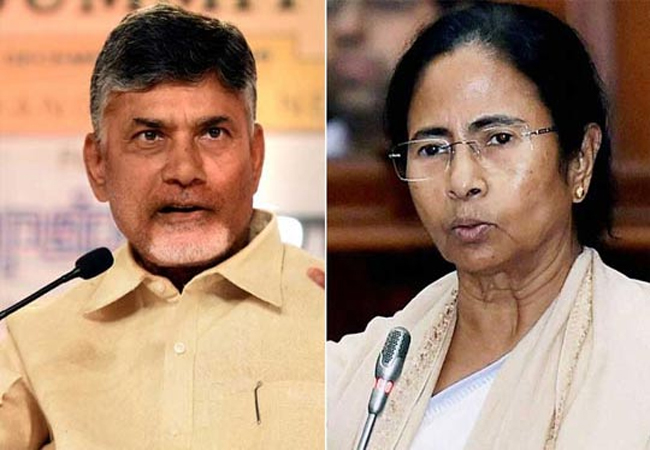 Hyderabad, Apr 21: Chandrababu Naidu pinned his hopes on Mamata Banerjee, who he believed, will be a key Ally for TDP in national politics.

Incidentally, even Mamata came down to Amaravati to campaign for TDP and everyone thought she would stand by CBN in the days to come.

However, Mamata has changed her tone all of a sudden.

Today, she spoke about the possibility of a third front alliance between regional parties in the country, which also includes KCR’s TRS.

“We(third front) will collectively chose the next prime minister of India. I am coordinating with KCR, Chandrababu, and Akhilesh Yadav regarding this,” she said.

Well, the involvement of KCR will definitely not go well with Chandrababu Naidu and he will now have to outnumber TRS’s MP seats in order to gain more prominence.