TRS is in plans to demand two cabinet berths 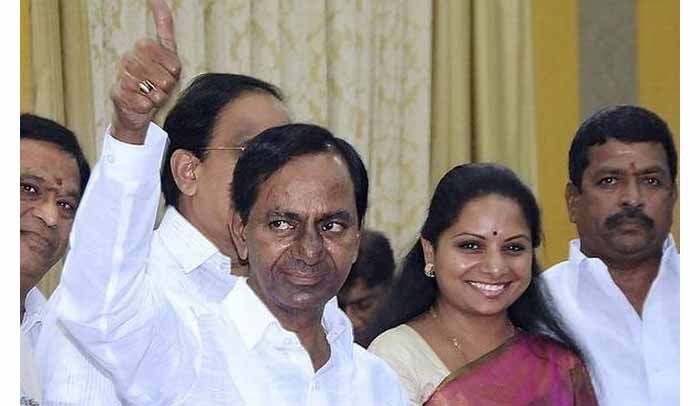 Hyderabad, Apr 21: TRS is dominating the polls and after getting a clean sweep in the Assembly polls, they are quite confident on getting 16 out of the 17 Lok Sabha seats in Telangana. The other seat (Hyderabad MP) is expected to be retained by AIMIM which supports TRS. The polls completed recently and the results would be out on May 23rd. Going with the surveys, KCR and TRS are pretty confident on winning the maximum seats. KCR from some time revealed that TRS would play a crucial role at the Centre and KCR expressed his plans of Federal Front.

The latest news we hear is that TRS is in plans to demand two cabinet berths for supporting the alliance that forms the government. There are talks that Kalvakuntla Kavitha will take one of the cabinet roles and Vinod Kumar is the front runner for the other berth. We have to wait to see if TRS gets the magical number and turns crucial as predicted. KCR is in plans to form a Federal Front at the Centre against UPA and NDA.