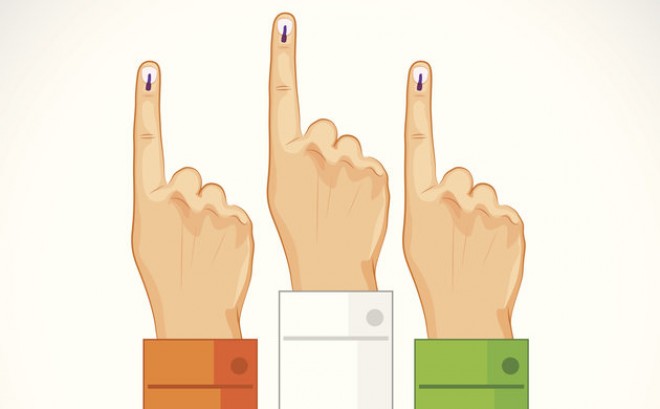 Bangalore, Apr 18: The early morning birth of second child and immediate medical concerns of his family did not deter Sandeep Mishra, a Bangalore-based techie, from casting his vote for the Lok Sabha polls in the state today.

Mishra, (37) whose wife gave birth to their second son at about 5:45 am at a private hospital, rushed to his polling booth in Horamavu Road (Bangalore North constituency) as soon as it opened at 7 am.

"I had ensured that I carry my voter ID card when I rushed to the hospital with my wife and family at about 3 am after she developed labour pain. I quickly drove to my polling centre, about 3 km from the hospital, as soon as I saw my newborn son," Mishra said.

The software professional said he was among the first voters at the booth and he cast his vote at about 7:15 am.

"It is my responsibility to ensure that I vote and also look after my family and hence by voting early I will now be able to take care of the new member in the family and my wife easily," Mishra said.

He added his wife, Sudha, regretted she will not be able to cast her vote after the birth of their child but she "fully supported" him in ensuring that he exercised his franchise.