With what face have u returned Hyd?: Telangana people to PK 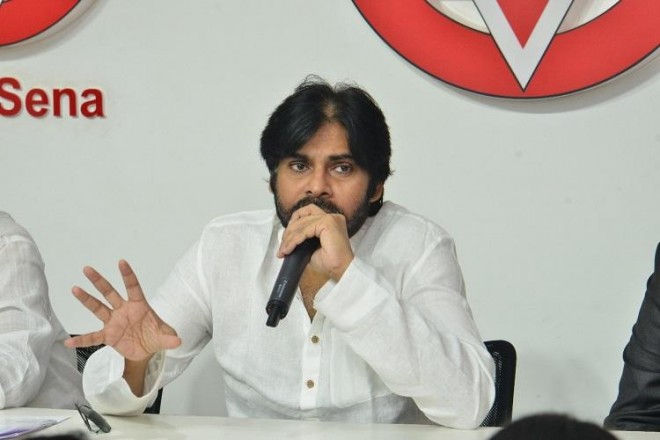 Power Star Pawan Kalyan, chief of Jana Sena who campaigned perpetually for his party in the recent elections in Andhra Pradesh, has been maintaining apathetic silence unlike his rivals AP CM Chandra Babu Naidu, TDP chief who is attacking EC for the faulty EVMs and YSRCP chief Jagan Mohan Reddy who is chilling out and celebrating.

Many started wondering where did Pawan Kalyan go as he was not seen after the elections. Pawan silently visited temple near Guntur and offered prayers and donated generously for the Annadanam scheme at the temple premises. In the midst of all this Power Star is getting trolls shock.

Pawan according to sources returned back to Hyderabad and is now keeping his finger crossed. Netizens are making fun of him trolling him for his statements in Andhra Pradesh for his comments painting the shocking picture of Telangana for the Andhra Pradesh settlers.

He said "Akkada Telangana Vaalu AP Vallani Kodutunnaru", though reality was far from different. Now people are questioning with what face he returned back to Hyderabad and residing peacefully in Telangana when he came with such comments to stoke violence between people of the two states.