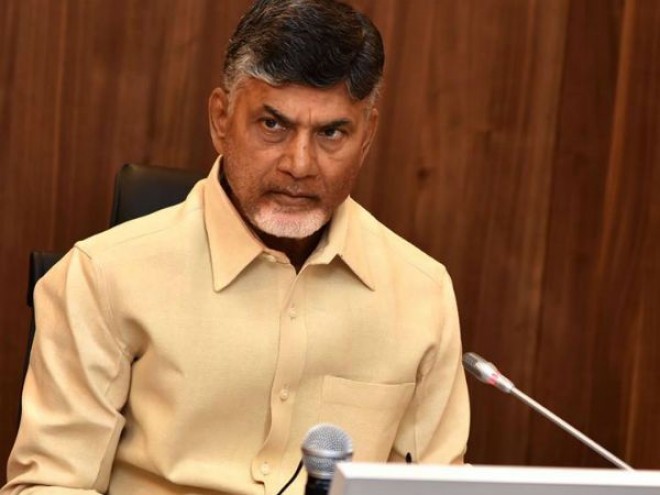 Not only media organisations and general public, but even the IAS and IPS officers in Andhra Pradesh also seem to be believing that TDP will be defeated in Assembly polls and Chandrababu Naidu will be thrown out of CM's chair.

IAS, IPS officers are confident that YSRCP will win Assembly polls and Jagan will be the next CM of AP.

Several IAS and IPS officers, who are known to be Naidu's 'ardent followers' are planning to move out of AP and join central services with a fear that Jagan will become CM and he will not spare them for colluding with TDP during the past five years and also during recent elections.

DGP RP Thakur went a step ahead and lobbied with the Centre for a post in central services.

It is learnt that Thakur has 'good contacts' at the Centre due to which he could already secure a posting as director general of either CRPF or CISF but with a relaxation that he could join the post after May 23 Assembly results.

Thakur wants to continue as DGP of AP, if TDP wins again. But if YSRCP wins, he will move to central services, for which he has already secured a posting Thakur believes that he will be the first person to be transferred by Jagan after he becomes CM.

Another IAS officer Girija Shankar, who is working as secretary in Chief Minister's Office and considered to be very close to CM Naidu, has also applied for central services.

Besides, several IAS officers linked with the development of new capital city Amaravathi, are also vying to move out of AP and join civil services, before AP results come out and Jagan becomes CM. Also, IPS officers posted in ACB, Intelligence department by Naidu, are also trying for central services.

The rush of IAS, IPS officers to move out of AP and join civil services clearly indicate that they also strongly believe TDP will be defeated and YSRCP will come to power. They feel it's better to move out of AP gracefully than facing punishment at the hands of next CM Jagan.