YSRCP getting ready for Jagan swearing-in 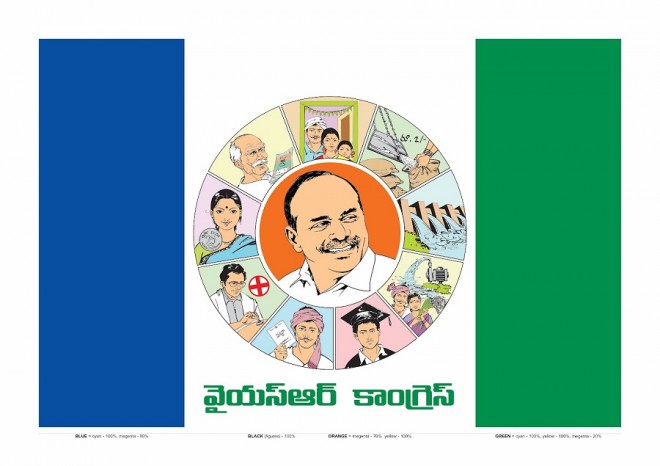 Though it is nearly 40 days to go for the announcement of results for the recently held assembly elections in Andhra Pradesh, YSR Congress party appears to be getting ready for the swearing-in ceremony of party president Y S Jaganmohan Reddy as the chief minister of the state.

According to highly sources, the party leaders have already started discussing the arrangements for the swearing-in ceremony, the preparation of list of invitees for the ceremony and also composition of cabinet.

It is learnt some of the top bureaucrats and police officials of Andhra have started visiting Lotus Pond to meet Jagan so as to get into his good books for key positions.

Expectedly, Jagan is also hinted at a major reshuffle of bureaucracy and police administration within a couple of days of taking oath as the chief minister.

Such is the enthusiasm of the YSRC leaders and cadre that some highly-optimistic party workers even prepared the name plate of Jagan, referring him as Honourable Chief Minister.

Even some reporters who are die-hard fans of Jagan, have been describing as CM Jagan in their social media groups. The latest talk is that Jagan is interested in taking oath in public, like his father Y S Rajasekhar Reddy had done in 2004.

While YSR had taken oath at Lal Bahadur Stadium where he signed the first file on free power supply to farmers, Jagan will also take oath most probably at Indira Gandhi Municipal Stadium in Vijayawada or Nagarjuna University grounds in Guntur amidst a huge turnout and signs the files pertaining to implementation of Nava Ratnalu (nine promises) made during the padayatra.

It is learnt Jagan is planning to invite Telangana chief minister K Chandrasekhar Rao and other prominent TRS leaders to the swearing-in ceremony.

"He has several other plans in mind, but he is yet to disclose the same," a party leader said.