Congress to help Andhra Pradesh in its bid to get SCS 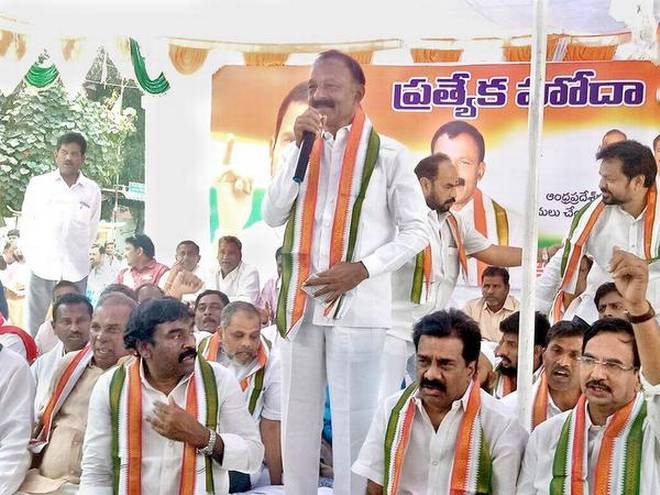 DCC president Ch Devakumar Reddy reiterated that only Congress can ensure that special status is given to AP and thanked the electorate of Nellore district for exercising their franchise.

Speaking to media persons at Nellore, he praised the police and district administration for the peaceful conduct of elections with no major incident being reported from anywhere.

He, however, lamented the spending of large sums of money that was distributed to voters by members of political parties. The senior Congress leader claimed that Congress was the only party that did not offer any sops to voters.