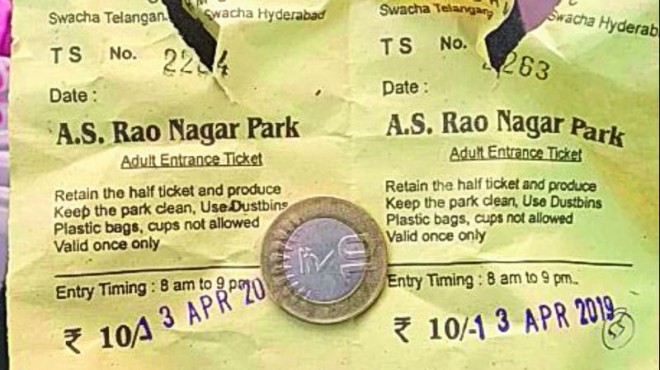 He said that even though there no official ban on the coins, the park management had been not accepting the currency for two months. The staff was claiming that the Centre had banned the coins and they were not any value. GHMC officials were not available for comment.