CBN wants EC to go back to ballot paper 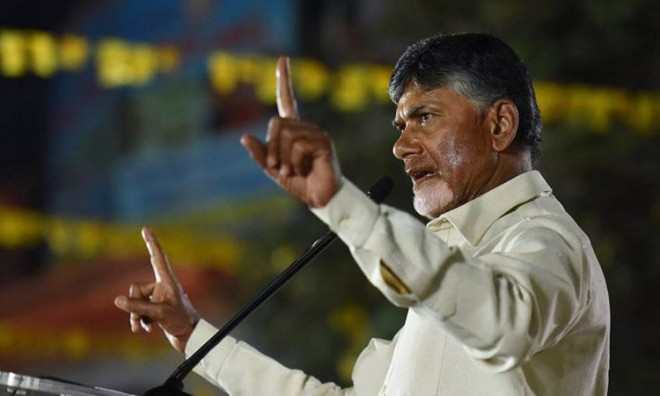 After days of criticising the poll panel, TD supremo and Chief Minister N. Chandrababu Naidu met Chief Election Commissioner (CEC) Sunil Arora in Delhi on Saturday and expressed his deep dissatisfaction over the manner in which the elections were conducted in Andhra Pradesh and submitted an 18-page letter highlighting his concerns especially over EVMs, violence and the transfer of officials.

He alleged "systemic failures and partisan attitude of the Election Commission of India in Andhra Pradesh elections" in the letter.

He alleged that a large number of EVMs malfunctioned during polling and inadequate security led to violent incidents. He accused the Election Commission of bias and claimed that police and administration officers were removed arbitrarily, creating policy paralysis in the administration.

He demanded that the EC return to the ballot paper system to preserve the sanctity of the electoral process as there was a possibility of tampering with EVMs.

Mr Naidu was of the opinion that the EVMs were too complicated even for educated voters. Further, voting through EVMs does not provide foolproof evidence to the voter that his vote has gone to the candidate of his choice.

"I am writing this letter with great anguish. The manner in which the Election Commission of India, a constitutional body mandated to superintend, direct, and control the process of elections, miserably failed to live up to the spirit of the constitutional duty, is not only disturbing but also dangerous to the future of democracy in the country," the Chief Minister wrote.

"This technical limitation, coupled with the failure of hundreds of EVMs during the course of polling and their frequent replacement by different technicians, fills the minds of contesting candidates and voters with suspicion and the possibility of foul play," he added.

"We demand the Election Commission of India revert to the paper ballot system immediately in order to preserve the sanctity of the electoral process and protect the spirit of democracy," he said. Naidu raised 14 broad questions involving the elections and the unilateral decision making of the EC.

Naidu claimed that the transfer of the DG (Intelligence), who looks after the security of the Chief Minister, compromised his safety. He alleged that the EC acted according to the whims and fancies of the YSR Congress Party’s candidates while complaints by his TD were ignored.

He claimed the SP of Prakasam district was transferred soon after the Opposition’s nominee made a threatening statement against the police officer.

"The Chief Secretary was not only unceremoniously removed, but his replacement was done without even consulting the state government, which goes against established conventions and procedures of democratic governance," the memorandum quoted Mr Naidu as saying.

On the EVMs malfunctioning, Mr Naidu was told by the EC that ground data showed that 1.75 per cent of EVMs were replaced. He was also told that the voter turnout was impressive.

The TD requested the poll body to countermand polls at 618 polling stations where voting could not start even many hours after the scheduled commencement time.

"Inadequate security arrangement at polling booths emboldened criminal elements that resulted in many law and order incidents, costing one man his life. Many polling stations were manned by just a home guard or a volunteer," Naidu claimed.