Compared to 2014, polling percentage gone up 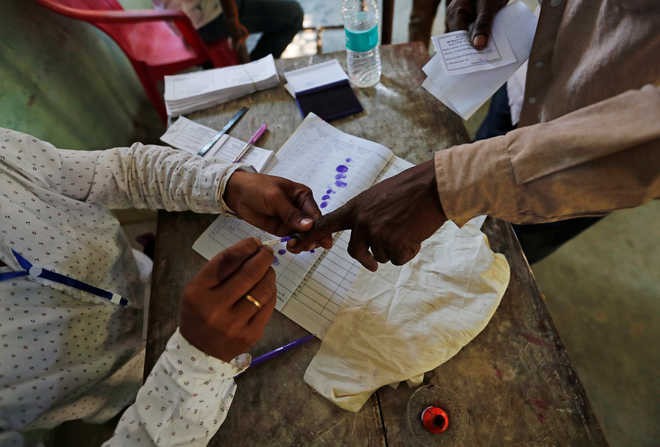 Amaravati, Apr 13: A little over 79 per cent voters cast their votes in the simultaneous elections to 175-member Andhra Pradesh Assembly and 25 Lok Sabha seats on Thursday, poll officials said on Friday.

The Election Commission has not yet taken a decision on the demand by some parties for a repoll in a few polling booths, where the poll process was affected by malfunctioning Electronic Voting Machines (EVMs) or poll violence.

Two persons were killed and scores of others injured in clashes between workers of Telugu Desam Party (TDP) and YSR Congress Party (YSRCP).

The polling was marred by complaints of malfunctioning of EVMs in several booths. The polling in 400 polling stations continued beyond 6 p.m. and in some places voters cast their votes past midnight.

Authorities had set up 46,120 polling stations for a little over 3.93 crore voters. There were 319 candidates in fray for Lok Sabha seats while 2,118 candidates contested the Assembly polls.