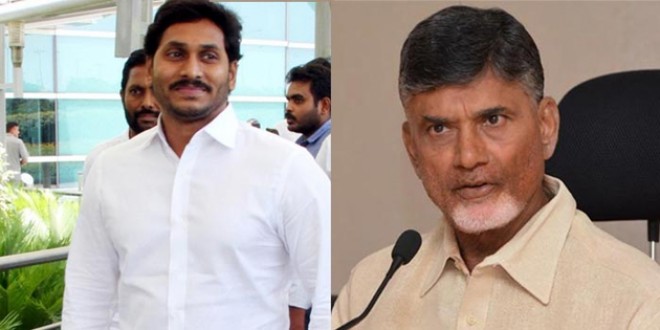 Amaravati, Apr 13: The high-voltage electioneering in Andhra Pradesh has come to an end and the verdict of the people is now sealed in the EVMs.

Now, it is time for the politicians to relax and wait for the outcome of the polling. And that is what YSR Congress party president Y S Jaganmohan Reddy wants to do. He told the media in Lotus Pond on Thursday night that he wanted to chill out and relax till the results are announced.

When a reporter asked him whether he would take part in the election campaign for other friendly parties in the rest of the country, Jagan said he was not interested.

"I am planning to go on a holiday and chill out. I will relax till the announcement election results in May 23," he said. Apparently, Jagan is supreme confident that his party would win the elections hands down.

"By the grace of god, we are going to come to power with a landslide victory. Despite the conspiracies hatched by our rival parties to bring down the voting percentage, there was an overwhelming response from the people which was an indication to our victory," he said.

On the other hand, Telugu Desam Party president and chief minister N Chandrababu Naidu does not appear to be in a mood to relax. With his confidence levels hitting the rock bottom, Naidu wants to move heaven and earth over the way elections were held in the state.

He told the media that he would go to New Delhi on Saturday, pull up the Chief Election Commissioner for the alleged hara-kiri done in the conduct of elections.

"The way elections were conducted in AP was a total farce. Thousands of EVMs did not function for several hours and in some places, polling did not commence till afternoon. One does know whether the replaced EVMs were original or already programmed in favour of YSRC," he pointed out.

Naidu is also likely to campaign for other parties like Trinamul Congress in West Bengal, Janata Dal (S) in Karnataka and Aam Admi Party in Delhi. So, there is no rest for Naidu as he is hell bent on pulling down the Narendra Modi government.