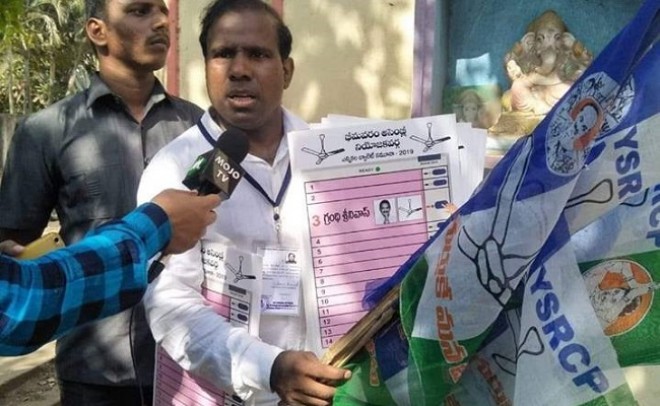 Bhimavaram, Apr 12: Praja Shanti party president K A Paul was spotted urging all the voters to vote for YSRC party candidate in Bhimavaram. This is anti-climax. Pawan Kalyan is contesting from this seat.

It was said that K A Paul had fielded his party candidates to split voting in favour of TDP or Jana Sena but the clue-less leader seems to have confused and started urging people to voter for YSRC candidate Grandhi Srinivas.

Pawan Kalyan has high hopes on this seat. He is confident that he would easily win this seat. But reports say Grandhi Srinivas had given stiff fight withstanding Pawan’s charisma.

Looks like KA Paul too diverted some of his “fans” to Grandhi Srinivas instead of TDP candidate or Pawan Kalyan.