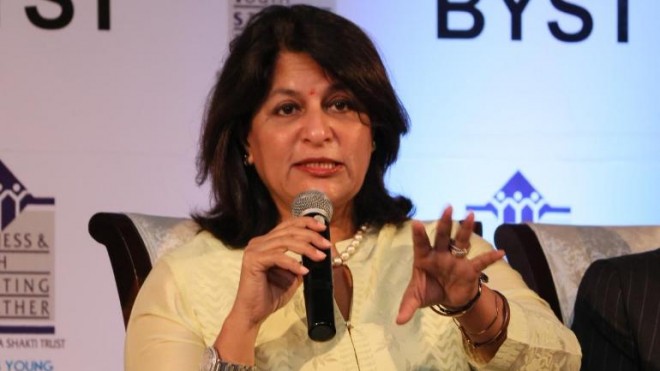 Hyderabad, Apr 12: Shobhana Kamineni, Vice Chairperson of Apollo Hospitals, on Thursday said she felt cheated after she found her name deleted from the voter list at the Masab Tank polling booth here.

Shobhana said she was travelling abroad and came back to India to cast her vote at the same polling booth where she had exercise her electoral right for the Telangana Assembly elections in December.

"This is the worst day for me as an Indian citizen. I came to the booth and I was told my vote is deleted," she said in an video message. "Am I not a Indian citizen? Am I not counted in this country? Is not my vote important?" Kamineni wondered.

The former Confederation of Indian Industry (CII) President said that the deletion of her name from the voter list was a crime against her as a citizen.