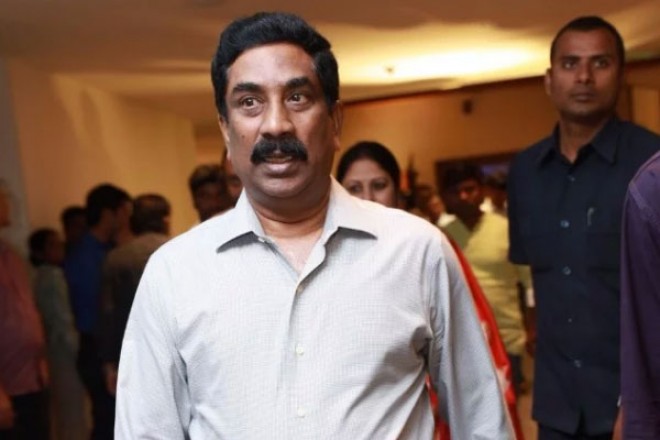 Hyderabad, Apr 09: Chairman of Andhra Jyothy daily and ABN-Andhra Jyothy television channel Vemuri Radhakrishna, who has been blatantly supporting the Telugu Desam Party in the ongoing general elections in Andhra Pradesh and attacking YSR Congress party president Y S Jaganmohan Reddy, is all set to get into deep trouble.

The YSRC leaders are understood have obtained some strong evidences pertaining to some sexual escapades of Radhakrishna in the past and also how he had harassed some women employees. The evidences include a probable audio tape of the conversation between Radhakrishna and the woman employees.

The episode is likely to be telecast in Sakshi television channel and also reported in the paper, besides being widely circulated in the social media.

Apparently, the YSRC wants to beat Radhakrishna in his own coin and teach him a fitting lesson for maligning the party leaders including Jagan and Vijay Sai Reddy.

The audio tape, allegedly of Sai Reddy taking serious lecture to the party leaders, was repeatedly broadcast in the channel and Radhakrishna sought to defend it saying it was indeed Sai Reddy’s voice.

Needless to say, troubles to Radhakrishna will not stop here but will compound if Jagan Mohan Reddy comes to power.