If Voted in power, Cong will benefit AP in terms of SCS: Rahul Gandhi 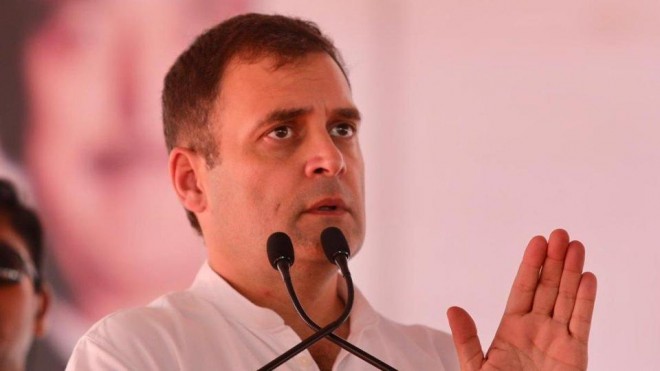 Vijaywada, Mar 31: Congress President Rahul Gandhi Sunday promised to provide special category status to Andhra Pradesh, if the party was voted to power in coming Lok Sabha elections, and expressed surprise that parties in the state failed to intrusively push the issue.

Assuring that his party would also launch a surgical strike on poverty, the Congress chief said Nyay, his promise of a minimum income scheme, was a non-violent weapon that will be used to uplift the poorest.

"He destroyed the pillars of MGNREGA and Food Security Act," the Congress chief said in his over 30-minute speech.

Gandhi, whose party is contesting the polls in Andhra Pradesh alone, said while Modi did surgical strikes against the poor his party will carry it out against poverty.