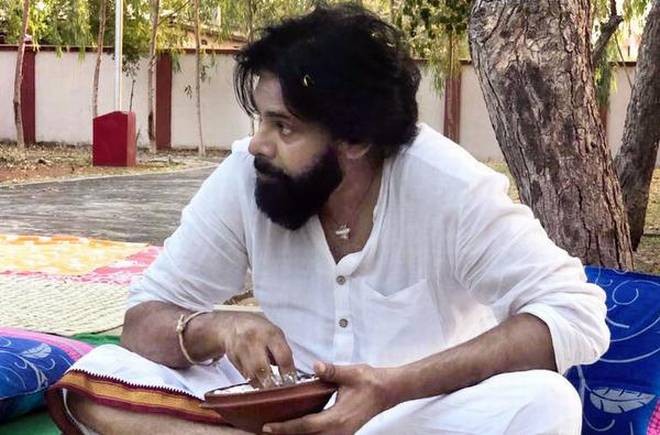 Amaravati, Mar 28: In general, Politicians tickle in all kind of tricks during the election campaign. Some leaders cut the hair of customers in saloons, some prepare food items at roadside bandi, some even help cleaning the dishes, which is all made under publicity stunt.

These scenes were frequently watched in Andhra and Telangana during the election period. Pawan Kalyan is also doing similar acts. He is sitting on the floor and eating jowar rice in a clay (made of mud) plate.

On a campaign route, he is taking rest at roadside and giving poses for the camera that he is sitting on the floor and having food like a common man. Before the election phase began, he used to travel on special chopper flight for even shortest distances in Andhra Pradesh, reported political analysts.

He enjoyed all the luxuries. But his team is now sharing pics of Jana Sena supremo feeding the cattle, having tea in his car, eating food in an earthen plate.

A leader needs to tell us what he would do for the poor and for the public if he/she gets elected. But, this unnecessary kind of acting doesn't help anymore, believes public.