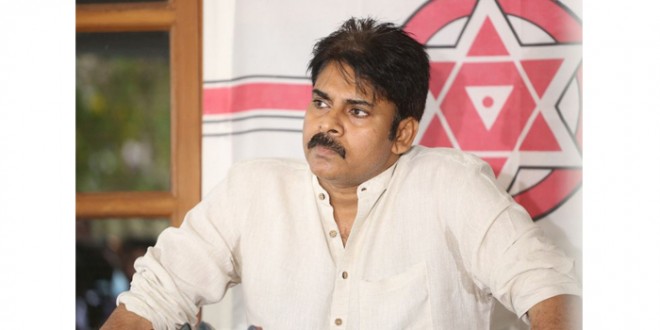 Amaravati, Mar 28: Jana Sena chief Pawan Kalyan lost his patience when his fans disturbed his speech during his campaign meeting. Fans are still treating him as entertainment deity, not as a serious politician. They are seeking his attention by sounding low, which they usually follow at film events.

The other day, Pawan Kalyan got disturbed by some fans at the meeting and he warned them to be silent and replied against the TRS leaders.

Telangana Chief Minister KCR said he would see it that Chandrababu Naidu gets 'return gift' from him in the forthcoming elections. What he meant was he would put all efforts for TDP losing in the elections.

# It is a challenge between TDP supremo and KCR. It is nothing to do with Andhra people and Telangana people. But Pawan Kalyan has been attacking KCR and TRS leaders for their 'return gift' comments.

# Actors and writers like Chinni Krishna, Posani and Kona Venkat had raised a question why is that Pawan Kalyan getting offended with KCR’s return gift which is planned for Chandrababu Naidu. What is the deal between you and Naidu, they edged Pawan Kalyan.

Realizing that he got exposed, now he has changed the tune in the same meeting the other day.

"If KCR returns the gift to Chandrababu Naidu, I don’t have any issue but he should enter into AP democratically. He should not back YS Jagan," he said.