Airports continue to be on high alert in TS, AP 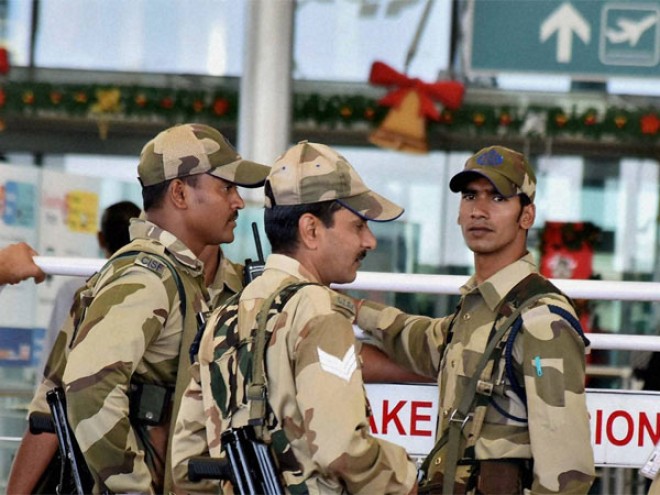 Hyderabad, Mar 18: The Central and State security agencies in both the Telugu States are on high alert in view of following Parliament and Assembly elections. In summation, the Centre has sent instructions to sound red alert at important government establishments including airports and shipping yards.

According to highly placed sources in Andhra Pradesh State Home Department, "besides the poll duties, the State security agencies are also asked not to lose their focus as alien elements could take advantage of the upcoming election season to play mischief. Similar directions have been given to all the States to be on high alert," he added.

Following this, the red alert declared around the airports, shipping yards and ports and other sensitive installations will remain in force until further directions of the Union Home Ministry, the sources said.

Accordingly, in Telangana, the red alert is continuing at Rajeev Gandhi International Airport (RGIA), Hyderabad, and passengers are asked to report early to their departure timings, to avoid any inconvenience particularly, during the heavy rush days on the weekends.

Giving details, RGIA sources said the alert is likely to be continued till the second week of April. That is, until the completion of the first phase of polls in both the Telugu States. However, "it is only a guess from our side. But, the directive received had only said until further orders," they added.

That apart, the Director General of Civil Aviation (DGCA) asked the individual airlines to be on alert in regard to the passengers booking on their flights and stick to strict screening protocols put in place and directed the airports not to allow visitors. Besides, the Airports Authority of India (AAI) directed even the smaller airports like Visakhapatnam, Rajahmundry and Tirupati in Andhra Pradesh.

Similarly, apart from RGIA of Hyderabad, Air Traffic Control (ATC) at the smaller airports located in Aurangabad, Jalgaon, Nanded and Nagpur in adjacent Maharashtra also going to participate in the anti-hijack exercises along with the security agencies functioning under the Union Home, Aviation and Defence ministries.