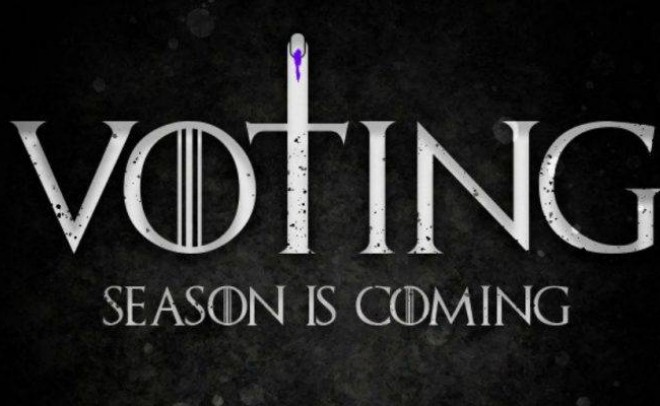 New Delhi, March 15: We all knew that, The schedule of the Lok Sabha Elections 2019 was released by the Election Commission of India (ECI) on March 10, and since then the government's appeal to vote has stormily begun. According to the ECI dates announced, the polling will start in April, and the final result of the seven-phase elections would be declared on May 23, 2019.

After requesting Bollywood film fraternity, journalists and many other popular faces, to initiate the voting participants, the Narendra Modi government has now taken the Game of Throne aka GoT route to woo young voters.


Yes, GoT fever takes over this year's election. The My Government India account today tweeted another vote appeal with a fierce GoT inspired image stating "Voting Season is Coming" with the exact font style. Lok Sabha Elections 2019 Constituency-Wise Schedule.

"You've #GOT the right to vote. Exercise it to make a Stark difference. Are you ready?" reads the tweet along with a link that takes users to Quiz on Elections in India, another Indian government initiative to ensure greater voter participation. Well, we don't know about you, but GoT fans, brace up yourself to make the 'Stark' difference in this election.